The Top 3 Reasons We Succeed or Not in Sustaining Change 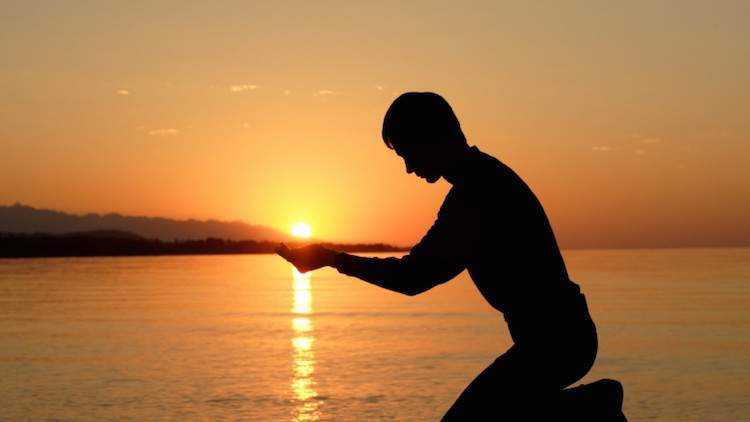 A reader asked why I succeeded at early rising this time vs. other times. Was it just the focus on the next thing or was there more to it? This led me to think of a couple of questions.

By reflecting on my experiences I came to the conclusion that change starts with a trigger or a reason. Sustaining change, i.e. succeeding takes more than that. And I’m not talking about willpower or discipline. I believe the three factors below make a huge difference in implementing effective change in our lives.

First off let me clarify something: failure is good. It tells us that what we’re doing is not working—loud and clear.

In order to increase your chances of maintaining new habits in your life, consider the following.

I spoke about this in broader terms previously when I talked about your perspective and how it can change things in an instant.

Today let’s dig into our hidden beliefs and assumptions. These are the repetitive thoughts that go unquestioned.

Your beliefs and assumptions can be a great help or hindrance—depending on what they are.

After reading about early rising, the following beliefs and assumptions came to the surface.

Belief # 1: I’m a night person. I totally believed that I was a night owl. I’m not a morning person went unquestioned for years.

When I read that there is no such thing, I paused and questioned my belief. Is it true?

I thought about my family—every single person I can think of is actually an early riser. Genetics and nature then don’t count.

Belief # 2: Late night is the only time you can be alone. I confused the desire for quiet reflective time with the time of the day or night.

This started when I was a teenager and wanted time alone away from my parents. The late nights were the only choice, but not as an adult. Early hours of the morning can offer as much, if not more peace and quiet.

Belief # 3: I can’t do it. I don’t have enough energy. This was something I’ve been living with for at least 17 years. I went through a few years of challenges that my body gave up on me. I couldn’t wake up in the morning.

The thing is: my circumstances changed more than 14 years ago and my life got much better—but not my belief about waking up in the morning. I believed that I was drained of energy and can’t do it.

What changed? I questioned the assumption: Why don’t I feel good when I get up? The answer came very clearly. I have nothing to dread and my days are pretty much what I like them to be.

This awareness is all I needed to start my day in the morning. If I feel drained in the morning I just ask myself: what am I dreading today?

Belief # 4: I’m not an early riser because I’m a grump in the morning. Another confused assumption went unnoticed for quite some time. I’m not a happy riser regardless of when I wake up. I need my time to get into the groove of things unlike other people who get up smiling.

The beliefs and assumptions that go unchecked can be the simplest and smallest of thoughts but they can make a big difference.

Once I addressed those four beliefs, I gained a better understanding of why things didn’t work out in the past. I neutralized beliefs that worked against me, which made the change easier.

2. Changing for the wrong reasons

It’s very important to know—really know—why you want to change something.

Why I wanted to wake up early

The last time I tried to wake up early was because I wanted to be ready when the stock market opened. Since I live on the west coast, it meant that I had to wake up before 6:30AM.

The time I started my habit was October 2007 just a short while before the financial crap hit the fan. Within a few months I had no desire to get up at all.

The previous attempt was to make it to work before rush hour traffic. Once I quit my job I had no reason to get up early.

This time I woke up because I really wanted to. I wanted to regulate my sleeping and I wanted to get a head start on the day. And the biggest reason was wanting to get things done early so I can have more free time later in the day. For me, freedom is the magic word that does miracles.

Focus on your inner true reasons.

If you rely on outer reasons, you will succeed for as long as your reason is valid. Once the outer situation changes, you’ll struggle until you find a stronger motivation.

You’re more likely to succeed in change if it comes from inner authentic desires, regardless of your circumstances or environment.

3. Lack of mental preparation or the wrong mindset

In order to change you need to prepare your mind for it. Breaking or changing a pattern is hard. Without preparation, you won’t be able to withstand the resistance and excuses that your genius mind will come up with.

If you’re changing an existing habit, visualize yourself doing things differently. This is how I prepared myself for early rising.

For a couple of weeks from the time I set my intention, I imagined getting up and just doing the next thing. When I woke up in the morning, regardless of what time it was, I imagined what it would feel like to just focus on the next thing. Then I moved out of bed.

When I set the alarm at 5:55AM, I repeated the same steps but this time it was for real.

If you’re eliminating a habit (like quitting smoking) or starting a new one (like exercise) think of how you’d do things differently.

What are your alternatives for the negative behavior? How are you going to find time to add the new habit to your daily routine?

Think about the above questions and start imaging and capturing the feeling of change.

It’s a good time to think about what you want to change in your life and how the above can apply. Then go for it and learn from your challenges—this is how we grow.

PREVIOUS POST: What If This Was Your Last Day