When Things Get Personal 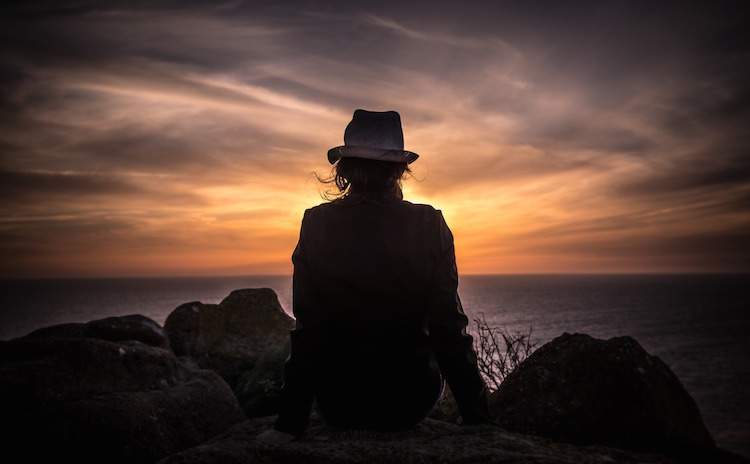 Don’t take things personally. It’s not you; it’s me. Don’t read too much into it. It’s not about you, it’s about them.

I’ve heard (and said) those statements in situations that required an explanation of my actions or someone else’s actions.

How should we react to other people’s unexpected actions as they relate to us? Should we care or not care? Is it personal?

The ideal response would be that we shouldn’t care and we shouldn’t take things personally. But that would be a lie. Sometimes we can’t help but care and in most cases things are personal as they relate to us—not the other person.

And the more invested we are in a relationship, the more personal things get.

In day to day living the lines of importance get blurred. We magnify a negative situation that is really not that important. Or we dismiss the painful feelings that come up from an important relationship, only for them to haunt us and keep resurfacing.

What we need is to awaken the sensor within and deal with each experience in a way that’s best for us—realizing that it is personal.

If things are personal, how can we manage our reaction to the negative outcome?

I’d like to share with you a few examples of situations that happened to me. For each situation I will talk about my own interpretation and action.

As you can see these situations vary in importance. The response I added was what I ended up doing, not necessarily what my first impulse was.

Someone un-followed you on twitter with another gazillion people because they decided to clean up their list. It’s their account; they can do what they want.

He or she probably never read anything you shared. You were considered part of the collective noise or distraction.

Action: If you’re still interested in the person’s message, then do nothing. Just continue following them. If you were following out of reciprocity it would be a good time to un-follow the person. I did both with different people.

With social media things happen so fast. Within a few days you won’t really remember most of it.

A friend (someone I knew personally) not only un-friended me on Facebook but blocked me without giving any reason. All I knew was that the person disappeared, only to find out later that it wasn’t the case. I was being blocked.

Action: My first reaction was utter dismay. I felt like someone had a restraining order against me and I wasn’t even in the same city. Then I felt angry and disrespected. I wasn’t even worth an explanation.

It was tempting to want to ask for an explanation, but I didn’t. There was no point. Whatever reason they would give was going to be a justification that wouldn’t change the outcome.

I wrote and reflected on the whole thing and took out all of my anger, frustration and bewilderment on paper. It’s the best release. Then I let it go.

The biggest lesson I learned was to trust that things do sort themselves out. They usually do without much effort on your part. This relationship was meant to end.

You were driving minding your own business and this person wanted to change lanes and you didn’t let them. They cut you off angrily and expressed their frustration.

Action: Laugh it off and remind yourself that such actions are truly a reflection of someone’s ego flaring up. There is no need for your own ego to get involved. The battle of the egos is a lose-lose game—no one wins.

Not getting a raise when it’s due

This happened when I was still working at a large audit firm. While driving (instead of an official meeting in the office), the partner told me that he was satisfied with my performance but there were a few issues I needed to work on.

I simply asked what they were. The answer I got was a clear indication that this wasn’t about improving. It was about finding a reason for not giving me a raise.

He blamed me for a client’s shortcomings. There was nothing I can do about that and there was no lesson for me.

Interpretation: I took it very personally. I felt that it was not fair and that there were politics behind the decision. It was like the partners didn’t care if I was happy or not. It was a financial decision that suited them.

Action: After giving the situation some thought I decided it was time for me to move on. A few days later I submitted my resignation. The same partner who told me that I needed to improve was ready to give me the raise and address any demands I had.

At that point I realized that there was nothing for me left there. I can’t work in an environment where you get to move up based on threats not merit.

This was more than 10 years ago and I never looked back.

The above examples are just a few of the many things we all experience on a daily basis. Relationships breakdown, we disappoint others, and others let us down.

It is personal and when we acknowledge that, we allow our true feelings to come to the surface so we can shed some light on them.

I have listed some pointers that I hope you find useful.

1. Don’t react impulsively and on the spot. It will make the situation worse not better.

2. Sometimes you don’t need to do anything and other times you need to take a stand and demand what’s rightfully yours. Use these options in a way that serves you best.

3. Realize that you can’t change other people’s perception of you. Even when it’s personal, anything others say or do shouldn’t take away from your value or truth. The other person’s perception of you or your status, abilities, attitude, thoughts is their view not yours. Your value is not contingent upon anyone’s approval.

4. Think of how important the situation is to you before you act. While no one likes to be yelled at in the middle of rush hour, would it matter in 5 or 10 minutes?

5. Determine how much effort this situation is worth to you. How much of your time and attention do you want to spend on an issue? Some things are not worth more than a few minutes. Others may take days or weeks.

6. Realize that relationships are not meant to last forever. Negative situations are tests that will uncover the weak spots. These are your clues. Don’t overlook them; learn from them instead.

7. Don’t dismiss your feelings. We can ignore the unpleasant emotions but they tend to linger. Our minds have powerful memories and associations. So unless we deal with the personal stuff, we will experience emotional outbursts in the most inopportune times.

8. Always look for what’s in it for you. What’s the lesson you learned? What’s the gift you received? For example a friendship ending will create space for a new one to begin. A rowdy driver will give you an exercise in patience.

9. What are you willing to give up? If the situation requires you to take a stand or make an adjustment, think of what you’re willing to change or give up. Would you be okay with that in the long-run?

We are emotional beings. We have the right to take things personally. And more importantly we have the power to choose how we react and channel our pain.

I’ll close with this personal mantra.

“No one can make you feel inferior without your consent.” ~ Eleanor Roosevelt