When It Comes to Pursuing Your Passion, What are You Willing to Give Up? 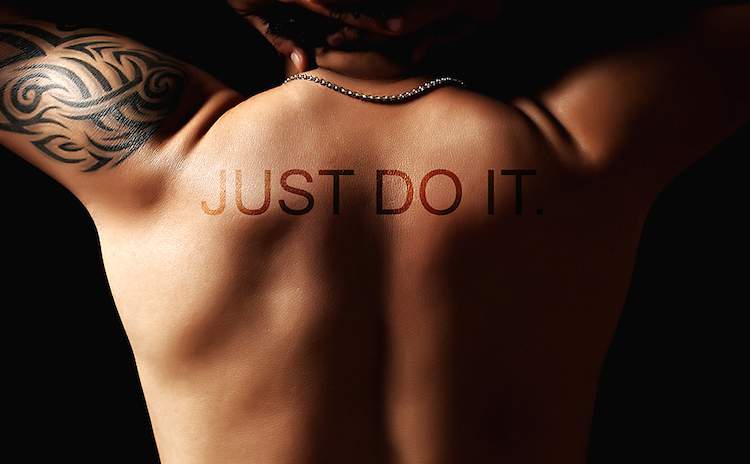 Can you succeed in pursuing your heart’s desires and dreams while maintaining a balanced life?

Can you have a strong family dynamic, a successful career, a rich and engaging social life, time alone for reflection while taking care of your health and meeting all your other needs? Is it possible?

The short answer is no. I’ve been looking into this question for some time. I came to this conclusion:

In order to get what you really really want, you have to give up a lot of other things.

How do I know?

I don’t know for sure. But from following the journeys and reading about some of the most successful people, I found out that they had one common thing—complete focus on their passions, ignoring the unimportant aspects of their lives.

I realized that part of feeling overwhelmed is wanting to do so many things and chasing the illusory notion of balance.

I have chosen the following three from different backgrounds and walks of life to demonstrate the point.

Warren Buffett: A personal hero of mine. He is considered the most successful investor of our time, creating wealth by investing in businesses he believed in. He focused on his passion for business and stayed true to who he is.

Danielle Steele: One of the most successful fiction writers in modern times. She has published 123 books so far and raised 9 kids. I haven’t read any of her books but after reading this interview with her, I have the utmost respect for how she lives her life.

Steve Jobs: Personally I’m not a big fan but after reading his biography I couldn’t help but admire his tenacity and relentless pursuit of his vision. He knew how to drive people to bring his vision to reality.

The common two factors of their success

I. Pursuit of passion and the nonnegotiable

The common attributes to success that were not to be given up under any circumstances were: passion and values.

Buffett was consumed by his love for business and valued authenticity. His philosophy and approach reflect his focus on value and simplicity—no matter how successful and rich he became.

Steele had two driving forces in her life: family first and writing second. Everything else faded in the background.

Jobs was obsessively driven by his vision and the marriage of technology and art. He believed in the beauty and elegance of simplicity in design.

II. Things they gave up

Something has got to give. I don’t think when we feel compelled to follow the heart we can sit down and create a balanced approach to everything in our lives.

Balance is achieved through the peace that comes from knowing that you are on your own path and loving it.

I found that our three successful examples gave up the following—with ease.

1. Keeping up with trends and fads

Buffett has been living in the same house in Omaha since the late fifties. He likes to play bridge and enjoys his hamburgers and cherry Coke. He acquires a large stake in solid businesses and ignores the rest. Take a look at his company’s website, no flashy design or fancy images. The focus is on useful information.

Steele has been using the same typewriter she bought for $20 when she first started writing. She uses a computer only to send emails. And that’s it.

Jobs had only one book on his iPad—no games, apps or noise. He’s well known for his timeless black turtle neck and jeans outfit.

In order to focus on their desires and what matters they had to let go of a lot of other things. They trusted that it was enough for them to do what they enjoyed and didn’t care about what they would be missing out on—social events, adventures, or what’s on TV.

My three selected examples marched to the beat of their own drum. In order to succeed they had to stay focused on what felt right to them, not what others thought.

Buffett would stick to what he liked to eat even when he was at the fanciest socialite gatherings in Washington. He didn’t care for French cuisine. He’d rather chew bubble gum than have a cigar at a meeting, unlike most executives.

Steele admits that in order to take care of her family and continue to write, she had to forego having a social life. For at least 20 years, she never had lunch with a friend.

Jobs used to walk barefoot, had no license plate on his car, would throw a tantrum and cry when things didn’t work his way. Some of his actions and attitudes were downright cruel and abusive. But regardless of what we think of him, he was true to himself.

When it comes to success, it’s usually not the ultimate goal. People who pursue their passions feel compelled to do what they do. The end result is a mere reflection of the heart and soul that was poured into the work.

Money was not the goal nor was fame. The financial reward was an added bonus. The fame was a byproduct that did not change much of who they are as individuals.

Buffett did not set out to become one of the wealthiest people on the planet. He is passionate about business and finding companies with great value and leadership.

Steele knew that writing was her calling. She had a few books that didn’t do well, but that didn’t stop her.

Jobs did not obsess over Apple’s stock price. He cared more about the quality and beauty of what his company was creating. Interestingly enough, most of his financial wealth came from his shares in Disney (after it acquired Pixar), not from Apple.

What works for others can work for us. The above two guiding principles can be used by anyone. We can learn from others’ experiences to leverage our own success. I highly encourage you to read about the success of others in fields that interest you and use what you learn as a blueprint for your own success.

It takes guts and faith to focus on what you truly desire and let go of all the noise and distractions.

Are you ready to follow your dreams? And what are you willing to give up? If you can answer these two questions and follow through with persistent action, you can’t fail.