Taming the Harsh Critic: An Appreciation for People Who Create and Share with the World 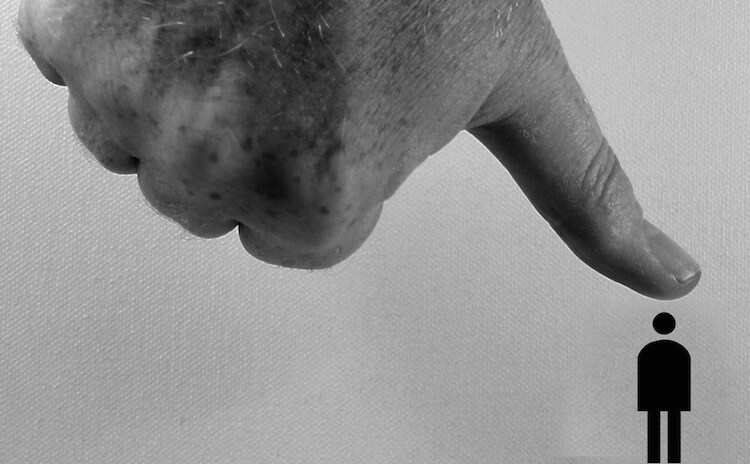 This movie sucks. I don’t know what were they thinking when they made it.

I don’t think this book is worth the paper it’s printed on.

This song is so bad, it makes my ears bleed.

All of these and more are opinions I’ve expressed in the past. I thought as a consumer, I had the right to say whatever I want and freely express my dissatisfaction … until recently when I tried to write a book or make music myself and realized the monumental amount of work and dedication involved.

I don’t have to like everything I consume. But it doesn’t mean I have to be smug about it.

“A critic is someone who never actually goes to the battle, yet who afterwards comes out shooting the wounded” ~Tyne Daly

There is a harsh critic within all of us. Most of the time it’s busy wounding the ever-fragile egoic self. It’s this same critic that cruelly judges others when the opportunity arises.

In today’s environment of 24-hour television and social media anyone and everyone is a critic. And as we all know so well, negativity pays off. It’s a form of entertainment that has mass appeal.

What if we stopped before casting judgment and took a deeper look at what it takes to share anything with the world? We might think and act differently.

A different perspective: What it takes to create anything

When we buy a book or go to watch a movie, we see the end product. We don’t see the effort it took to make it happen. Some thoughts below.

With the advent of self-publishing and DIY media, it’s easy for someone to release a short film or self-publish a book. It still requires connecting with others to publicize and promote one’s work though.

With larger projects (like a major motion picture) there is an army of people involved in making the idea come to life. Next time you watch a movie, make a point of checking the credits at the end.

When we dump on someone’s creation, we’re dumping on everyone who worked hard to bring this idea to us in a digestible and easily accessible form.

Bringing something to life

Ideas are easy to come by. Taking an idea and making something of it is a worthy endeavor that needs to be celebrated and respected.

Turning an idea into something tangible is an art in and of itself. One realizes how hard it is only when he or she goes through the process.

It takes imagination, planning, coordination, and a lot of hard work and focus from inception to completion. And that by itself should be applauded.

It takes guts to share something publicly with the world

It is not easy to put something out there and open oneself up to all sorts of criticism.

It takes courage to believe in one’s creation. It takes strength to stand vulnerable in front of a judging world.

The creation of anything provides opportunities for other people. There are designers, promoters, publishers, editors, and so on.

The team that puts things together has this work because someone initiated an idea and inspired a project—and that’s a good thing.

Focus on creation and values

Whatever the motivation may be (money, fame, expression … etc.), I’d like to think that when someone puts his name on anything, it would mean something to him, no matter how trivial or bad the work might seem to others.

And don’t we all strive to do work that matters to us?

It takes time and effort to create something and share it with the rest of us. The creator chose to focus her energy into creating something that might be of benefit to others instead of escaping—or harshly judging others.

So while the rest of are busy watching TV or surfing the net or criticizing others’ work, the creator is busy producing something, maybe even the next show we’re going to watch.

A constructive and more helpful approach

We can dislike something and express an opinion that is not harsh or insulting and hopefully helpful to others—especially the creators amongst us.

Criticism, like rain, should be gentle enough to nourish a man’s growth without destroying his roots. ~Frank A. Clark

If I don’t like a movie, I won’t recommend it because I felt the story didn’t have anything new is my opinion. It’s much better than saying something like: “This movie sucked. Who was the idiot behind it? I can’t believe that anyone gets paid to do this crap.”

Being specific about what we want to change is more useful than flinging hurtful and snarky remarks.

Better yet, why not use our energy and create something that addresses such points of contention?

“I criticize by creation, not by finding fault” ~Marcus Tullius Cicero

It took me a few humble sandwiches to come to this conclusion. And I hope you agree with me.

Creativity is within all of us—we just need to tap into it to express ourselves in whatever form we choose. That’s what creators do and for that I’m grateful to all of them. From now on I’ll state my views with appreciation and kindness.

PREVIOUS POST: 5 Steps to Cope with (Not Avoid) Physical Pain

NEXT POST: How to Move Past Feeling Confused and Start Taking Action