On Second Chances and Redemption 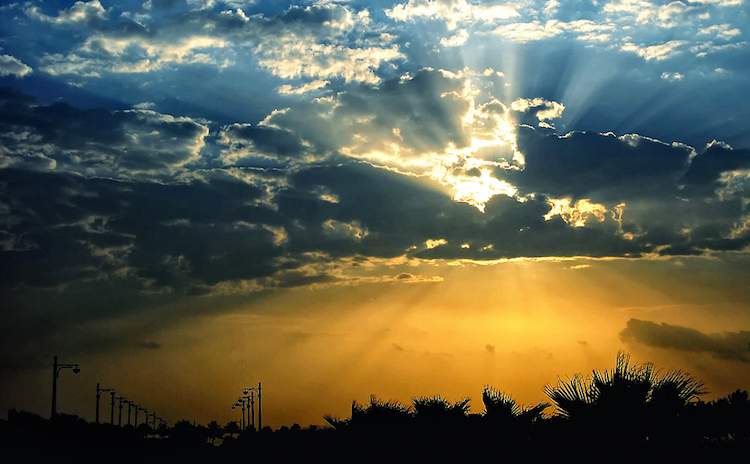 I watched Oprah’s interview with Lindsay Lohan recently. The interview was part of the next chapter series—and appropriately so. I felt Lindsay was open, honest and is genuinely trying to turn her life around.

It is always inspiring to see someone pick themselves up and keep trying, in spite of repeated mistakes and disappointments.

Turns out there were people who got upset that Oprah decided to interview Lindsay. And the reason is: Lindsay got too many chances and she blew it, so she shouldn’t get another chance.

This was Oprah’s response to the skeptics, and the gist of the message I’m sharing with you today:

“We’re all on the same journey. People are taking different paths to get there. And I think no matter how many times you fail, you fall down in your life, you certainly have the opportunity until you take your last breath to be redeemed.”

Does anyone have the right to deny someone a second chance? And even if someone had the right, why would they want to do it?

Why deny someone a second chance?

Thinking about this question leads me to one thing—judgment. When someone is denied an opportunity it’s because of negative judgment that stems from one or both of the following.

Lack and limitation: If we give this person one more chance, we’re taking it away from someone else. It’s better to give the opportunity to another who wasn’t given a chance before.

This is like saying this person shouldn’t get one more breath because it might take the air away from someone else.

As long as someone is alive, every minute can be the beginning of a new chance.

Unworthiness: Some people make a lot of mistakes. And if they’re in the public eye, everything they do is for the whole world to see and judge. The person is deemed a screw-up, who shouldn’t be taken seriously. They are considered unworthy. And that’s a bigger mistake in my view.

When we look at others as unworthy, we take away from our own worth. When we judge others, we’re also judging part of ourselves. When we deny someone the opportunity to change and grow, we deny ourselves as well.

Whether someone is worthy or not should not be an issue for debate. We are all worthy of chances as much as we’re worthy of air to breathe.

A different perspective: acts of courage

I’d like to share a few thoughts about mistakes and second chances that I hope can encourage more people to support others instead of denying them an opportunity to start over.

It takes guts to screw up and make mistakes, especially when the world is watching and judging.

Mistakes are synonymous with being human. We all have a dark side, a destructive side. How much we allow it to take over depends on our level of awareness and what stage of growth we’re at. And that has nothing to do with age or experience. Our path is as unique as our fingerprints and our entire existence.

It takes a great deal of strength to be in the public eye, let alone be exposed when the person makes a mistake or falls down.

The person making mistakes, however, is telling us something—what actions and traps to avoid. He or she serves as a reminder of the consequences of destructive behavior.

Other people’s mistakes serve as a cautionary tale of the misadventures of the dark side. Instead of judging others, it’s better to appreciate the reminder and try to be of help.

It takes more guts to own one’s mistakes and go for a second chance.

Whether it’s the first, second or tenth attempt to go to rehab or change any behavior takes courage.

Someone like Lindsay owned her mistakes and is trying to move on. What is wrong with that? Why is that so bad?

To admit to (and own) our shortcomings is an act of courage. To believe in ourselves and the possibility of change takes strength and trust.

As long as we’re alive, we have every right to do things differently … to change … to get a second chance … to redeem ourselves.

It takes courage to lend a helping hand.

It’s easy to follow the indifferent masses, or join the noisy minority and kick someone when they’re down.

Kicking someone while they’re down doesn’t help anyone. Other than having a momentary false sense of moral superiority, there is no benefit in judging or belittling someone. No one ever grows or learns from such experience.

Helping a person out and being kind can be empowering. We remind them of their abilities and worthiness. If it doesn’t work, at least we won’t scar someone with more of the same criticism and ridicule.

Change is the breath of life

Knocking someone down appears easy on the surface. But it’s very hard on the soul.

When we deny someone a second chance, we deny ourselves the same chance. As we drag that person down, we drag everyone else with them. And we continue to feed the same negativity.

We all deserve a second, a third and as many chances as we need to evolve and live the best life possible.

As we grow, we not only elevate ourselves, but also raise the collective consciousness of humanity. We transcend ego and live in a place of possibility—for each one of us, every single moment.

I commend Lindsay’s decision to turn her life around and wish her (like so many others) the best. Her talent and strength will see her through.

And the same applies to everyone who’s trying to turn his or her life around. You have within you what it takes. If you’re alive, you can, and you will.

Wishing others well doesn’t cost anything. Extending a helping hand comes back to us tenfold, in good feelings and inspiration.

And even if someone doesn’t succeed, it will be a learning step towards the next attempt.

We owe it to ourselves and to each other, to understand more than judge, to support more than tear down, to encourage more than ridicule, to love more than fear.

Supporting each other, especially in difficult times, may not be interesting enough for tabloids and gossip sites. But it’s definitely human enough for the rest of us.

NEXT POST: Letting Go of Resistance and Welcoming This Moment