Misunderstood? How to Let Go of the Need to Explain Yourself 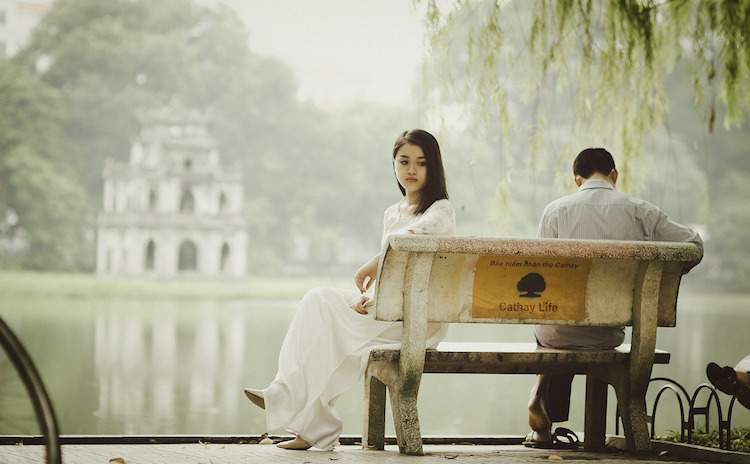 Recently, I had a conversation with a friend about a tax referendum. When my friend asked me to explain my position, I expressed my thoughts in at least four main points. We then moved on to other topics of conversation.

To my surprise, a few days later, I got a message from him stating that he thought my view on the issue was disconcerting and went on refuting what he described as my view on the subject.

As I continued to read, my anger level started to rise. What he was talking about was not what I had said. He took my words out of context and formed an entire argument by focusing on one point that taken in isolation may seem moot. This of course opened the door for what appeared to me to be a lecture about government practices.

I was furious by the time I was done reading. My first instinct was to fire a response back and try to explain my position with a few insults about manipulating my words for good measure. But I didn’t; I resisted the temptation.

Instead, I did a session of free writing. I wrote without stopping and took everything out of my system. I said some nasty stuff in there, but in the process I was able to express my feelings and then find out why I felt the way I did and how I could move forward.

Here is what I found out after spending some time writing and processing.

Thoughts and feelings about being misunderstood

It’s not your view. It’s theirs.

The first thing that came to mind was that what was written in the message wasn’t my opinion. It was my friend’s view of my opinion—through his own filters and perspective. It had nothing to do with me or what I said.

Had I tried to explain my position further, he would’ve still picked on what he wanted to hear and not necessarily what I wanted to say.

The feelings behind being misunderstood

I felt angry that I was misunderstood. I felt that my friend should’ve given me the benefit of the doubt. I thought he knew me better than that.

After more writing, I realized that my feelings of anger and not wanting to be misunderstood were based in fear. I felt afraid that I was perceived as not smart enough, rational enough or politically informed enough.

As you know feeding the fear monster only makes it bigger. Trying to explain the issue might deal with this situation, but then what? Do I need to do the same thing every time I feel misunderstood?

After reflecting on my fears, I realized that—to me—being understood means being appreciated or at least accepted. Validation is another elusive goal that the more you seek it, the less you feel it. It’s a trap.

The desire for control

How do you move past being misunderstood?

After processing my findings above, I came up with the following pointers. I hope you find them beneficial.

1. You have the right to respond but not the obligation.

You always have the right to express your opinion and discuss an issue further. But only if it serves a purpose and helps you move forward. You also have the right not to engage and not respond at all.

2. Others’ views of your opinions don’t diminish your worth.

You are who you are and you’re entitled to your thoughts and views. Your opinions are not who you are. They are the position you hold at this moment, which may change subsequently.

3. It’s okay to be misunderstood.

The newspapers and tabloids thrive on misquoting and manipulating words. In our daily interactions, others will take what they’ll take from the conversations. There is nothing you can do about it. And if they don’t like what you have to say, so be it.

4. Feel the emotions without rationalization.

As much as we’d like to think that we humans are a rational species, we are not. We’re highly emotional and a lot of what we say or do is driven by emotions.

You can waste all the time in the world trying to understand why someone misconstrued what you said. In all likelihood, what you expressed triggered a defensive response in them. It has nothing to do with you. So focus on how you feel.

Also, realize the more important the person to you, the higher the emotional charge. Don’t try to argue with how you feel.

You may feel angry, upset, fearful, disappointed, hurt, betrayed or any other emotion. Allow—feel and then feel some more. Write about your feelings; meditate on them, or just sit quietly and allow them to go through you. Take your time—there is no shortcut for releasing your emotions.

If you feel you need to express more of your thoughts and feelings write them in a letter. What would you say to the person who you feel wronged you? Write what you would want to tell them and how the interaction made you feel.

There is an amazing release that comes from putting thoughts and words to paper. This is what I did and I felt much better after.

If you decide you want to respond and you want to discuss the issue further, don’t do it right away. Think about what you want to say and maybe even draft a response as mentioned above. Give yourself a few days.

You will be surprised by how fast you may cool off and change your mind. In all likelihood, you will dismiss the issue and move on.

For me I decided the best approach was not to send a response. Later I talked to my friend and we never mentioned taxes. It worked out.

After all is said and done, let the whole issue go. Don’t hold a grudge or keep bringing it up. You don’t want to add fuel to a fire in your heart.

If the other person was not happy with your decision, it’s their problem not yours. You cannot satisfy someone who is adamant about having an argument. Do yourself a big favor and don’t engage in further discussion.

Sometimes the best opinions are the ones that remain unexpressed. You know who you are and what you stand for. Instead of engaging in trying to explain and validate your opinions, move on and do something that is more meaningful to you.

Letting go is freedom. You can’t force anyone to see your point of view. However, you can drop the issue and let go. It’s always in your hands.

PREVIOUS POST: Digital Sabbatical - Reflections on 31 Days of Being Offline

NEXT POST: How to Live By the Boomerang Principle