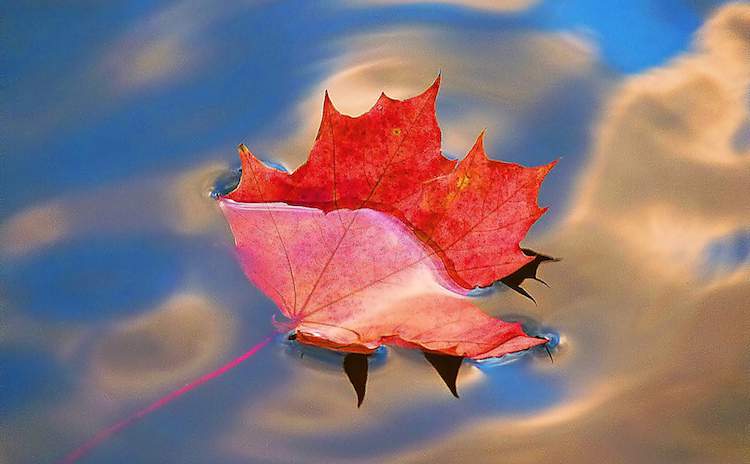 A man convinced of his own merit will accept misfortune as an honor, for thus can he persuade others, as well as himself, that he is a worthy target for the arrows of fate.” ~ François de la Rochefoucauld

Sometimes things don’t work out as planned or intended. Events can turn very quickly and change the course of our lives. A rejection, an illness, a biased action can turn our world upside down.

A twist in fate can end up being the best thing that ever happened to you. Actress Julia Roberts accepted the role in Pretty Woman (which launched her career) after it was declined by many better-known actresses at the time. This is not exclusive to movie stars. We all experience unforeseen twists and turns that make a huge difference in our lives.

The question is: How do you respond as events unfold?

A challenge that changed my life

Today I want to share with you an experience when I first started my career as a public (chartered) accountant that influenced my life to this day.

I joined an audit firm as a junior associate shortly after graduating. It so happened that another person was hired to start on the same day. She came highly recommended by one of the partners. Needless to say she was given more attention by the senior in charge.

I ended up bouncing around from one job to the next just doing what needed to be done. There were times when I would just go to a client for a day.

When you’re training and trying to learn, continuity is important. Otherwise you end up with a lot of small pieces that don’t make any sense.

This lasted for a few months. One day we started as a group of 5 on a new job. I barely got settled when one of us was required back at the office for another job. Without hesitation the senior sent me—again.

I felt angry and frustrated. I was never going to learn anything or be given a chance to prove myself. The senior promised that it’s just for a day and he’ll deal with it.

Come next day I saw him in the office; he didn’t bring up the issue at all. I confronted him; he pleaded ignorance. After a heated exchange (mostly from me towards him) I left for the new job. And I got a warning from the partner in charge that if I kept it up, I would be without a job very soon.

I was apprehensive about starting a new job. I felt I’m going to get moved around again. Except this time it didn’t happen. The job was a small investment company. I worked directly with a manager (a higher position than a senior). As I got a chance to work with him directly, without the distorted feedback from others, I was able to prove that I was capable. I didn’t even try. Everything just worked out well naturally and effortlessly.

That job is what made me fall in love with investing and analysis. It stopped others from moving me around and I started getting more work that I really enjoyed. I became an analyst many years later because of this experience.

The senior did me a huge favor by sending me back to the office. In retrospect I should’ve thanked him instead of yelling at him.

A twist in fate can be your friend or teacher

Fate might appear as an adversary wreaking havoc on your work, your health, wellbeing or relationships. At the depth of fate, however, is an opportunity for growth and awakening—for a change in direction and perspective.

Regardless of the nature of the situation, you can choose how to respond and what to do. Here are a few thoughts on the subject.

When fate hits, you really don’t have a choice other than to roll with it. You can fight it all you want. But things are going to happen with or without your consent.

I was meant to be bounced around and I was meant to go to that job. I could’ve fought, yelled and screamed all I wanted. It wouldn’t have made a difference. I could’ve rejected going to the other job and quit all together but that would’ve been to my own detriment.

Trusting that what’s happening is for a better experience or opportunity is more effective than rejecting the challenge or complaining.

“Fate leads the willing and drags along the unwilling.” ~Seneca

Looking back at the experience I shared with you I did overanalyze the situation. I convicted myself that the senior in charge was biased against me. I kept thinking about what would happen next. I was worried that I wouldn’t learn and prove myself.

The thing is no one can take away your abilities. Had I been more aware, I would’ve known that sooner or later the opportunity would come for me to prove myself. And if it didn’t, then I wasn’t meant to be there in the first place.

3. Listen to your gut feeling, not ego

Your intuition or gut feeling knows what’s best for you. No one knows you better than you. The important thing is to be able to quiet the noise of the mind and the ego and listen to the deeper voice within.

How can you tell if it’s your ego or your intuition talking to you? There are some distinctions in your emotional response and your thoughts that set the two apart.

Anger vs. calm: If you feel angry with smoke coming out of your head, stop. This is the ego talking. Acting from this state will most likely result in things you will regret.

If you feel something in your heart and stomach area, listen carefully. This soft voice is your own intuition letting you know that you’re fine and things will turn out okay. This is the part of you that knows what’s best without pretense or fear.

Revenge vs. what’s right: The ego wants to get even. Intuition wants you to do what’s right for you without harming others. It’s not about what others did or said. It’s about how you can deal with the situation in a way that serves you better.

Worrying about proving a point or payback will suck more energy than it’s worth in short-lived validation. It’s much better to focus on what you can do to help yourself grow and move forward. This will stay with you for the rest of your life.

Fear vs. trust: The ego flares up when threatened. You immediately kick into defensive mode wanting to protect your image. The ego reacts impulsively without thinking much about the long-term consequences.

Intuition trusts and looks at the bigger picture. It reflects and determines what the best possible outcome is.

The more awakened we become, the more we trust our intuition and ignore the ego. As a start, make a conscious effort to calm your mind and reflect before you act.

As I look at the story I shared with you above, my ego was aggressively confronting the senior in charge. When I moved to the next job and I had time to calm down, I let go of my thoughts and moved with what felt right—and that’s when things started falling into place.

The biggest lesson I learned from twists of fate is that I need to trust a bit more in my gut feeling and that everything works out in the end.

It’s not about courage or recklessness, getting even or being appreciated. It’s about moving forward in the direction that feels right and not being resistant to change course as fate dictates. Sometimes things turn out better than we ever imagined.

“How a person masters his fate is more important than what his fate is.” ~ Karl Wilhelm von Humboldt