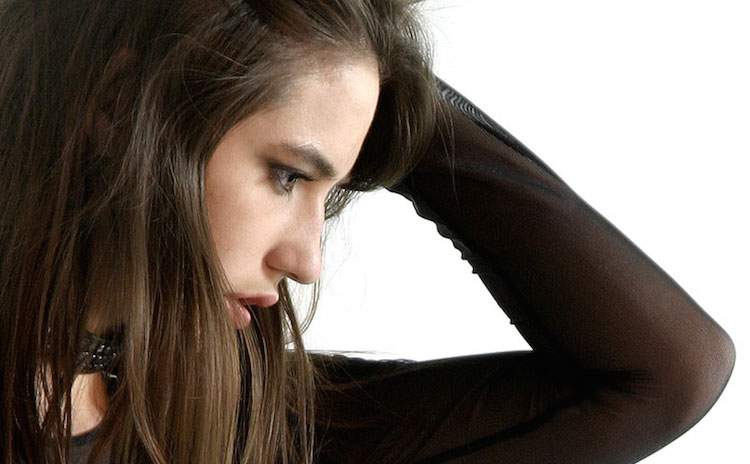 “You’ll seldom experience regret for anything that you’ve done. It is what you haven’t done that will torment you.” ~Wayne Dyer

The saying above might be true when we’re looking at the larger picture … when we’re reflecting on our life as a whole. However, I don’t think it’s true when it comes to our daily actions.

On a day-to-day basis we regret more of what we said or did, rather than what we didn’t do or say.

We all know that we can’t undo what’s done. But can we help not regretting it after the fact?

I wish I could say I live with no regrets. That would be a lie. I do regret some actions and experiences.

Do you have any regrets?

The above are examples of somewhat significant experiences. The same feelings can apply to words we exchanged with someone or smaller actions.

In the last week or so I experienced a large dose of negativity stemming from regret. I was reminded one more time of the painful past.

The dangers of regret—what’s so bad about regret

Regret is an emotion of remorse and sorrow that we feel in our present moment based on experiences of the past. Regret resurfacing often can:

Why do we have regrets?

The root cause of all regret is unmet expectations, i.e. disappointments.

Things don’t work out the way we had hoped for—to varying degrees.

We feel bad about hurting someone or being hurt. The painful emotions range from guilt and disappointment to fits of rage and resentment, based on the severity of the situation.

We instinctively react to protect ourselves from pain. So we try to numb our regret and pretend like we’re past it.

Can we live without regrets?

Sometimes we think we have no regrets but it only takes one tiny trigger to open the emotional floodgates of pain.

This is when you know that you’re not really over it. And that’s what happened to me last week when I was reminded of one big screw up from my past.

For me personally, I can’t say that I don’t have any regrets. I do and quite honestly lots of them. So what can I do about them?

Learning to live with regrets

This is what I have been experimenting with.

I used to ask myself this question after a painful disappointment: If I know what I know now would I still do it?

And in most cases I’d convince myself that the answer is yes. I’d do it again. I thought that was enough to eliminate regret. But it wasn’t.

Whether we choose to have an experience or not does not eliminate the pain that comes with it. Regret is part of this pain.

The best coping mechanism is to accept the regret instead of fighting our emotional response. We all have made (and will make) mistakes.

Once you accept regret as part of the experience, it’s time to reflect and think about what’s in it for you.

I. Reflections on regret

You’ve probably heard of the law of attraction—we attract what resonates with our vibrational frequency. In laymen terms we find what we’re looking for.

With every disappointing experience we were looking for something. Ask yourself:

What was I looking for when I had this experience?

Answer the question and you’ll understand the cause of your regrettable action.

I had this chronic problem of helping people financially only to see them turn into dependent unsatisfied monsters. I ended up lending money, more than a few times to people who not only didn’t want to pay me back, but turned against me.

When I reflect back on the experiences the first thing that comes to mind is what was I thinking? Don’t I know that money damages a relationship?

The answers to these questions are rational. My actions were not. I was riding the emotional irrational train all the way to disappointment town.

Every time I helped someone financially I had two reasons:

The outcome was lending money to people who wasted it. And sometimes buying on impulse expensive things to prove to myself that I was worth it. Two failing strategies that resulted in subsequent regrets.

In the depth of pain and hunger for certain needs, we act emotionally and impulsively, thus creating regrettable situations.

Once you know the main cause(s), reflect on these questions:

Where there any signs that this experience was going to end up badly? Could I have stopped earlier?

I can’t speak for you or anyone else. But from my experience the signs were there. I chose, consciously or unconsciously, to ignore them.

I knew that I lent money to irresponsible people. One person blew the money on a vacation. And yet I lent to that person again.

If you have ignored the signs, the last thing you want to do is knock yourself down. Don’t judge yourself.  The whole point is to bring such signs to your awareness.

It took me years to come to terms with the fact that I already paid the price for my mistakes.

Luckily for me, I got my money back, simply because I had impeccable records and I wasn’t afraid to resort to legal action if needed. I did write off a few smaller amounts though.

I paid for my actions not only in money, but also in time and energy and lots of pain. I (you) don’t need to keep paying for the same mistake.

III. Why we don’t act on the signs

In most cases we don’t act because we’re as clueless to the signs as we were to the reasons we acted in the first place.

If and when we see the signs, we ignore them because we don’t want to negate the perceived benefits of our actions.

In my example of lending money, I didn’t want to deal with feeling rejected or unworthy. I wanted the connection and validation at any price. Had I stopped when I saw the signs, the feelings I was seeking would stop too.

It is painful to admit to ourselves that we can be clueless and irrational and take reckless action. But admission leads to awareness, which brings about change—we’re no longer clueless. We can’t undo the past, but we can choose to act differently in the present.

IV. Turn it around

Looking into our motivation and the actions that we regret is like poking at a wound that hasn’t fully healed. It will be painful. The pain in this case is a fair price to pay for a chance at self-discovery.

At this point in your reflection look at yourself lovingly and start turning things around. For every regret, ask yourself:

Keeping with my example of chronic lending, my answers are:

V. Set your environment for moving on and close the door

You don’t have to do anything with people you’ve severed ties with. But if the relationship is lingering and the door is not quite shut, you’ll open yourself up for more pain needlessly.

I used to think that after some time had passed I’d be able to deal with people from the past, without having to close that chapter completely. I felt I would be in a cool and levelheaded place. Sometimes I was. Most of the time I wasn’t.

Why do I keep the door open?

Instead of beating myself up though, I decided to slowly close the door. Now it’s barely ajar. And with time I will gradually close it instead of suddenly slamming it.

If you are facing a similar situation consider these steps that I’m currently working on:

Slowly cut down on your interactions (online and in person).

Try not to hang out in the same areas with common friends.

Set up your environment in a way that would make it difficult for you to start digging and finding information about this person or organization.

Regret is part of life. The more we accept this fact, the better we’re equipped to move forward, instead of being stuck in the past or thinking that we should be super-beings and not have any regrets.

It’s very possible that some regrets will fade away and become irrelevant to who you are today. Some will linger though, and usually these are the ones that have a scaring effect.

Embrace your mistakes and scars; reflect on your lessons; and do the best you can in this moment.

“Make the most of your regrets; never smother your sorrow, but tend and cherish it till it comes to have a separate and integral interest. To regret deeply is to live afresh.” ~Henry David Thoreau

NEXT POST: The Art and Science of Minding Your Own Business