The Anatomy of Hate 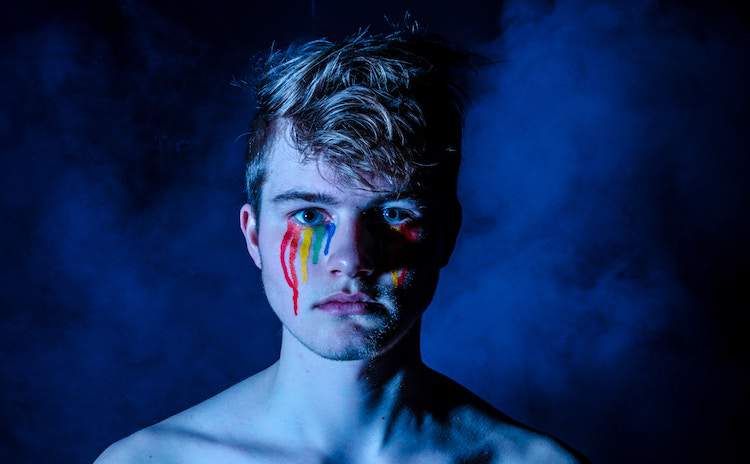 Does it feel like a hate wave is sweeping our planet?

Protests and counter protests, tweets and retweets of controversial nonsense. To what end?

I’ve refrained from speaking up for months because my thoughts would’ve been reactive and unhelpful.

But I need to say something because:

If we don’t speak up, history will judge us for our apathy, or even complicity in allowing hate to fan its flames and consume more of the little progress we made in human rights and social issues.

Without judging anyone, I want to start with my attitude that was combative and fearful. I found myself hating the haters. And I don’t think I’m alone.

I’ve been doing my best to separate the issue from the habitual response. How can we deal with hate without hating or ridiculing?

After taking time to think about hate, I came up with the following analogy to gain more understanding (instead of reacting).

Imagine hate has a physical form. What would we see if we opened it up?

Brain: beliefs. This is the computer that runs the entire hate system. Its neurons transmit beliefs of an identity that perceives itself to be separate and superior. It’s not innate, it’s taught, and reinforced.

Heart: rage. This is the feeling center of hate. It pumps with rage that seeks release through violence (verbal and physical).

Bloodstream: ignorance. No one can feel superior, or more entitled than others without ignorance coursing through their veins. People who tend to hate don’t seem to grasp the following:

Limbs and muscles: ability and opportunity. The limbs of hate have been mobilized to express and act on hate. Why? Because, they can. Which brings us to the most important factor:

Habitat: Hate has found a home in certain media outlets, and, sadly, politicians and their mouthpieces. These influences have spread misinformation and downright lies without regard for the truth or consequences. They gave haters a megaphone to amplify and normalize hate speech.

Adding it all up—false beliefs, fear, anger, ignorance and a toxic environment—we can see that it’s hard for someone to break out of the confines of their own mental and emotional prison.

What we can understand about hate

Instead of ridiculing or getting angry with a hateful person, let’s look at the deeper parts of hate and re-frame our thinking.

Beliefs are acquired, not innate. Radical beliefs take hold in environments of fear, desperation, and ignorance. We can’t blame someone for having a belief, especially if it was acquired at an early age. No child thinks let me learn how to hate.

We can’t change people’s beliefs. We can, however, provide support for haters to step out of the toxic mindset and consider new possibilities.

Attacks (verbal and physical) won’t change anyone. We can’t beat hate out of people, or use condescending language to deal with it. This would feed the fears and insecurities that fuel hate.

The best way out of a situation is not more of the same. We can’t alleviate hate with more hate. There are organizations that provide compassionate support through education, training, and counseling.

Hate can be the result of legitimate grievances. There are real socioeconomic issues and struggles that need to be addressed to change minds and open hearts.

It’s easy to feel scared and overwhelmed in this climate of backward politics and pandering. But let’s not despair. We’re on the right track. We are kinder, and more connected than any other time in history.

We need to support one another. And, more importantly, not give up on the parts of our oneness that need attention. It’s harder for haters to hate when they’re included and met with respect—not for their beliefs, but for their inherent value as human beings.

No one, in their right mind, grows up with the aspiration of being full of hate and fear. Let’s focus on compassion and healing, and taking calm and measured action, when we need to.

And let’s not judge.

We are flawed human beings, and we may react compulsively and negatively. It’s important to accept our mistakes as they come and learn from them. Judging ourselves (or others) doesn’t help anyone. And if you catch yourself judging, let it go, as much as you can.

I have a lot to say and share with you that I hope can be helpful. The next few articles will cover more related topics (freedom of speech, what the future may bring, and taking effective action). Thank you for being here. I appreciate you.

PREVIOUS POST: The Deep Pain of Insecurity That Keeps Us Stuck

NEXT POST: A Fail-safe Strategy: The Five-Year-Old Guide to Free Speech