How to Uncover and Let Go of Guilt 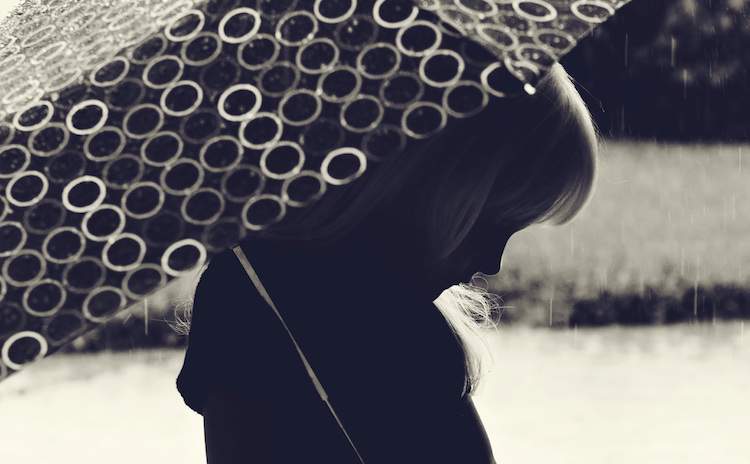 I used to think fear and anxiety were my dominant negative emotions. It seems I was wrong. Lately I’ve discovered that underneath anxiety there is a deeper layer of guilt.

And if you’re like me and think fear is worse than guilt, think again.

Guilt is a very powerful and seductive emotion that’s not taken as seriously as fear or anger, for example. And here is why.

Somehow we think it’s normal to feel guilty. It’s more acceptable to feel guilty than afraid or angry. The body also doesn’t seem to react to it as violently as it reacts to fear or anger.

So it’s easier for guilt to take a deeper hold, shaping how we think and act, without noticing. And that’s never a good thing.

The never-ending cycle of guilt

Guilt is a form of self-punishment. The inner dialogue is something like this: I deserve to be punished for (insert reason here), so I’ll punish myself on behalf of (insert person or situation here).

The danger lies in running the same guilt program unchecked, and creating situations for more guilt.

With every situation there is a chance for guilt to take hold. So guilt snowballs over time and starts dictating how we live.

Guilt is not only felt by individuals, but by communities and nations. A horrific historical event can create guilt not for the generation that created or experienced the situation, but for many generations to come.

What do you feel guilty about?

If you feel there is a nagging voice in your head berating you most of the time, listen to it carefully. What is this inner critic trying to tell you?

I bet you’ll find a lot of guilt. Things like:

The situations that create guilt are often recurring. The guilt I experience is a result of one of the two reasons below.

The main causes of guilt

Reality vs. ideal expectations: We have expectations that we should be thinking, feeling and acting in a certain way. When we don’t behave the way we expect, we feel bad.

If I burst with anger instead of calmly dealing with the situation, I’ll feel guilty, even if I apologize.

Saying no to others: Whether it’s a situation where I don’t feel like going out, or not wanting to get involved in a negative family situation, I feel bad about saying no. But at the same time, I really don’t want to do things differently.

The guilt in these situations can be habitual, especially if we were told that we disappointed others in the past. We continue to feel we’re disappointing them, and we deserve to be punished.

When it comes to guilt, we’re the defendant, prosecutor, judge and jury.

Does guilt make us better humans?

I don’t think so. On the surface it might feel like a good motivation to be productive, or be kind and helpful.

But that’s not the case. We might do what we feel is right at one point, but if it’s wrapped in guilt, it will not be enough. We will continue to feel guilty and want to alleviate it by any means necessary—even if it’s by beating ourselves up.

When we feel guilty, we view others as the victims of our badness. People will read into this and either take advantage of the situation, or not want to deal with someone whose need for self-punishment never ends.

Collective guilt creates a one sided vision that helps us alleviate our guilt, but not necessarily help others by viewing them as powerless victims.

Guilt, if anything, turns us into guilt ridden reactive people who keep feeding the same cycle of guilt and reaction. The best way to break the cycle of guilt is to release the cumulative guilty feelings as they arise.

How to let go of guilt

We can’t control the collective guilt, or the guilt of others. But we can focus on our own feelings and let go of the guilt we’re holding on to.

I’m sure you’ve heard the mantra feel the fear and do it anyway. Today let’s make it about guilt with a slight modification.

Feel the guilt and don’t do anything.

If you act when you feel guilty, you might do something productive or helpful. But shortly after, another guilt will come up.

The best way to deal with guilt is this:

1- Notice the thought. The moment a guilty thought comes up and whispers something negative about what you should (or shouldn’t) be doing, saying, or feeling, take notice.

3- Feel the physical sensations. I’m not sure if we all feel guilt the same way. What confused me about guilt is that it feels familiar: a mix of apathetic numbness and mild anxiety. Whatever you feel at that moment, allow it to be by noticing the sensations in your body.

4- Don’t act, notice some more. Notice any thoughts and feelings that come up and allow them to be, without engaging, just be the observer until they fade.

5- Keep at it. Notice and feel as many times as needed until you don’t feel any negativity when you bring up the situation.

After a conversation with my mother where I told her I’m not getting involved in a fight with my father, I felt guilty. The inner dialogue goes something like this:

I feel bad. I should try and help. I sit with the feeling, allowing the sensation to go through my body.

I ask myself again: Do I still feel bad and I want to do something about it? If the answer is yes, I feel more guilt and sensations. Until I ask the question and the answer is no I don’t need to do anything, I trust that they’ll take care of it.

And then you move on with your day. If the situation comes up again, repeat the same exercise. It might sound simple, but it’s very effective in becoming more aware of our underlying feelings and reactive behavior.

After releasing guilt you can look into action. If you feel you need to take action, do it because it’s the right thing to do, not because you don’t want to feel bad. Act from a place of responsibility and respect for life and others.

Feeling guilty is not an effective way of righting a wrong, or alleviating another’s pain.

We can spend more than a life sentence suffering. There is no statute of limitation on self-imposed guilt.

If you’ve been suffering because of guilt, it’s time to forgive yourself and let go. Focus on how you’ve grown and what you can do differently, not because of guilt. But because of making more conscious choices that will help you and help the world.