Permission to Rest, Relax and Do Nothing 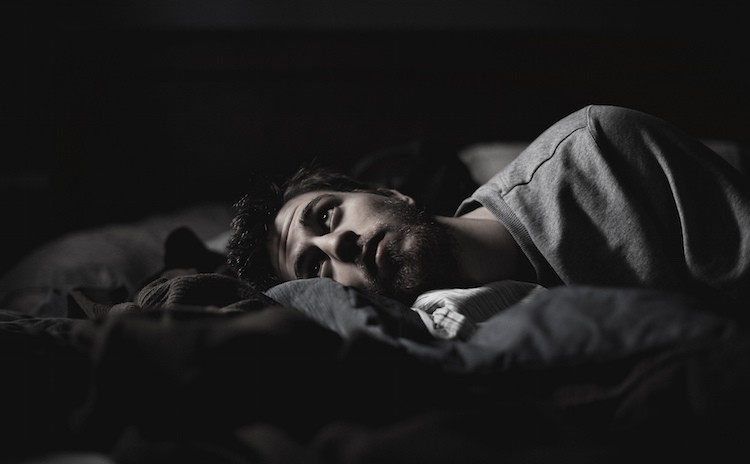 In the last ten days or so I’ve been dealing with a stomach bug that forced me to slow down, and eventually stop doing anything. My symptoms started with nausea and appetite loss and continued to escalate and drain my energy. Add to that a few sleepless nights and I turned into a zombie. I was functioning on half the calories, and less than half the sleep. Yet, I was expecting myself to fully function, as if nothing had happened.

I tried to push past the feelings and depletion. But, as usual, my body won. The thing that surprised me the most was how little control I had over my resistance (it was almost a compulsion to fight for the sake of fighting).

I felt physically crappy, and instead of allowing my body to focus on healing, a constant inner nag ran in the background the entire time.

I had this feeling of I should be doing this or I need to do that. I was fighting physical fatigue and mental fog trying to force inspiration and motivation. And what happened?

But again, instead of giving myself permission to let go and rest, I started anticipating feeling better. I couldn’t wait to get better. So I played another mental game: pushing my luck and thinking that I was getting better when I wasn’t. What happened?

I felt worse … not smart.

There were two forces that worked in tandem running the mental and emotional show:

Both of these mental processes added more stress and depleted whatever physical and mental energy I had.

At a conscious level I knew that I needed to stop feeling this way. But it’s harder than it seems. It feels so hard to not want to do something and yield to a pesky invisible virus.

As I go through this experience, I’m trying to work with the following thoughts. I hope you find them useful when experiencing unforeseen challenges. They apply to any situation when our physical energy is not in sync with what we want to do.

Trust the body and its natural ability to heal.

When there is an invader, the body reallocates its resources to deal with the aliment. It doesn’t have the time or desire to think about productivity and getting things done. It’s best to allow it to do its work; otherwise, we’ll suffer without any benefit whatsoever.

The same applies to those days when we hardly have any energy (lack of sleep, digestive issues, pain, or just mental fatigue). Allowing the body to recover is the only option to feeling better.

Let go of the idea of I have to do this or that.

Unless it’s a matter of life and death, in which case adrenaline will compel us to instinctively act, everything else is not a big deal. We can extend deadlines, change appointments, or simply skip doing something all together.

Life is more flexible than we think.

The best way to let go of the urgency to act is to think of all the things that we let go of in the past. Personally, I’ve yet to regret letting something go.

Allow the body and mind to just be.

This is one of the hardest things to do. How can I just be when I have a million things to do? And what am I going to do with myself, especially that I can’t sleep?

Let’s look at what happens when we push through.

It’s a losing battle on all fronts.

To be able to relax knowing that there are things to do is a skill we all can use. It’s a matter of practice. Stopping for even a few minutes and letting go of doing can be freeing.

Doing nothing can be an investment and not a waste of time.

When we force ourselves to take action or get into a mental battle of I should, I need to, or I want to, all we’re doing is consuming energy instead of preserving it for the body to use in healing.

Doing nothing can be restorative, not only to the body, but to the mind and soul as well.

And by nothing I don’t mean pretend to be dead. You can listen to relaxing music, take a nap (if you can), have a soothing drink, cuddle up with a book for a few minutes (maybe that will induce sleep), or watch TV/movies (comedies do wonders).

The goal is to let go of wanting to be productive when every cell in your body is screaming stop.

Imagine a life when what we’re dealing with now becomes the new norm.

This was my aha moment. As I write this article, I think what if I would feel like this for the rest of my life? What if this is my new reality?

Is my life that bad? Can I lead a meaningful life?

Of course I can. I can cope and learn to move at a slower pace, and learn to limit my obligations and things to do.

We have a remarkable ability to adapt and change. Every challenge is a reminder of this priceless gift.

We live in a society that has programmed us to push, and fight and resist.

It’s easy to run the same old programs and react the same way we’ve always reacted in the past. Over time, this approach is going to do more harm than good (more stress and disease).

On the other hand, it’s very hard to stop in this moment and give ourselves permission to rest and let go. But in the long run, it’s going to be one of the best things we do for our physical, mental, and emotional wellbeing.

PREVIOUS POST: The Truth about Risk: What Death Can Teach Us about Living

NEXT POST: The Freedom from Wanting to Be Liked, Understood, Noticed, or Appreciated