We’re All Children of Life 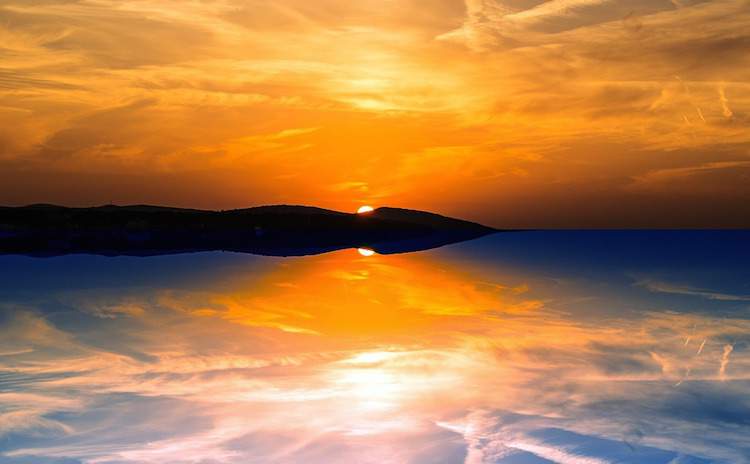 How old are you? And what have you done with your life?

People my age should’ve accomplished this, or experienced that. I should feel and behave a certain way.

From the moment of birth, we’re bound by age. We’re expected to live up to certain standards of maturity, responsibility, and achievement.

Societies all over the world have set expectations for individuals, with hardly any regard for the evolution of the universe. We’ve developed a myopic view that’s falsely based on the superiority of human beings and their abilities.

This approach is problematic on so many levels. We’ve burdened ourselves with expectations and responsibilities. We’ve endured the excruciating pain of disappointment and judgment. Guilt and fear continue to plague humanity. And on top of it all, we feel separate and isolated from each other, and the rest of life.

What if we took a step back and looked at the human life from a cosmic perspective?

What are we going to see?

Based on what we’ve discovered so far about creation, we know that:

Our species has been around for only 0.0014% of the life of the universe. If you round this up, it would be a big fat zero!

Let’s talk about each one of us as an individual. Where does our age fit into the evolution of life?

I’ll simplify it this way (based on the liberal calculations above):

If the universe were a hundred years old, a human being would live for less than one minute (about 23 seconds).

What would you expect from a human being who’s one minute old?

I don’t think we’d expect too much from him or her.

What’s the point of having so many expectations when we know a human being is only going to live for one minute?

From birth to death, no matter how long we live, we’re very tiny children, stumbling through life, still finding our way.

In the short burst of time that we’re here, how much growing up do we need to do?

Our species may be advancing intellectually at an accelerated rate, but our inner evolution is connected to all of life and existence. And from that perspective, we’re barely getting started.

How would life be if we looked at each other as children?

In most cultures, telling adults that they’re acting like children is an insult. They need to grow up. Today we’re going to embrace acting like a child.

We all have been children (and still are, at least on the inside) and have experienced the joy and freedom of being a child.

Presence: Children live in the moment, and for the moment. They don’t regret the past, or think about the future.

Innocence: A young child doesn’t have an agenda or ulterior motives. He lives intuitively, and doesn’t overthink anything.

Trust: Children have complete trust in life. They don’t think about how they’re going to survive. They’re not bound by limitations. They’re not burdened with doubt, or worried about things going wrong.

Curiosity: A child learns through exploration and discovery. She may trip and fall, but she gets up, and tries again.

Playfulness: Everything is play and fun to a child—until we tell them it’s not.

Forgiveness: A child doesn’t hold a grudge for long. He doesn’t waste days plotting, seeking revenge, or wanting to get even.

Letting go: Children don’t get caught up in drama. They may get upset, but within minutes, they move on and let go of what happened. They are free spirits unburdened by the ego.

There is nothing stopping us from embracing the virtues of childhood.

We can start by uncovering the innocence that’s been buried under layers of pain and conditioning. We can be curious again. We can savor this moment, and enjoy the presence of everyone around us.

When we live as the children we once were, we’ll free ourselves from regret, guilt, or shame. We’re all learning and growing.

We can’t take ourselves very seriously since we’re barely infants (if we can call ourselves that). Embracing our innocence and childlike qualities doesn’t mean we act carelessly or selfishly. On the contrary, when we trust life, we let go of the need to be selfish or fearful.

Life is the ultimate game. And we’re here to play the game—as the limitless brilliance that’s shining through each one of us, even if only for a cosmic minute.

PREVIOUS POST: How to Set and Work with Time Limits